Stockholm: A city of borders

With a population set to increase by 1 million by 2020, will fears of segregation in housing, healthcare and education in Stockholm become a catastrophic reality? What is the situation now and what can be done to bring down the borders.

There are so many reasons why we enjoy living in Stockholm. It has everything: world class universities, classical Scandinavian architecture, beautiful landscapes, and a strong and supportive welfare system. Central Stockholm is a playground of tourist attractions and luxury boutiques. However, while the inhabitants of Östermalm indulge in the finer things in life, the reality of suburban minority groups is poor housing, failing schools and troubled health centres. For some of our city’s residents, their Stockholm is Rågsveda or Rinkeby, not the city that the tourists come to see. It is another Stockholm. This holds particularly true for recent immigrants, because living in a central location is simply not possible. With the fastest growing population in Europe (Stockholm Chamber of Commerce, 2015), the increasing segregation of ethnic groups is on track to worsen.

Housing. What are our choices?

Timothy Anderson is a research fellow at Nordregio, the Nordic Centre for Spatial Development, specializing on urban governance and social sustainability. According to him, the current housing market is the biggest reason why people get stuck in a vicious circle of being confined to Stockholm’s outskirts, especially those with a foreign background. Divided housing drives segregation in other aspects of people’s lives. The fact that neighbourhoods with high ethnic diversity can be well defined on a map puts Stockholm in the same league as Los Angeles or New York, notoriously known for their racial disparities.

In addition to the spatial segregation, housing market segmentation closes borders within Stockholm in other ways. A strong correlation was found between different types of tenure and income levels of ethnic groups. For example, in Rinkeby, which is the poorest neighbourhood in Stockholm municipality, publicly owned rental housing comprises 99.7% of the total available housing, whereas in central areas of Stockholm the number drops to 6%. There is also very little development in central areas due to pressure from homeowners and tenant unions. For example, in Östermalm, which is considered to be the most affluent neighbourhood in Stockholm municipality, there have been no new rental homes built. These factors added to a strange mixture of tightly-controlled public apartments, loosening second-hand rent regulations and a desperate shortage of housing mean that most young people and immigrants are restricted to peripheral areas. Central Stockholm remains reserved for older generations and native white Swedes.

There have been pledges from the state to municipalities to renew construction of rental housing, but the process is slow because of the systematic reliance on income tax. Instead, municipalities are encouraged to sell the rental housing to either investors or force tenants to buy their flats.This further decreases the availability of places to rent and reduces mobility.

“It’s really critical at the moment to alleviate the shortage of housing – whether it’s in or outside the centre – through rental housing construction.”

Finding a solution to the shortage of housing is important. However, even if governmental subsidies for rental housing construction are increased, they would not necessarily resolve the issue of segregation in Stockholm. Consumer choices always play a role despite being hard to control. The moving patterns of native Swedes are related with those of low-income and minority groups. The tendency is that the more low-income minority groups live in an area, the less likely wealthy Swedes are to move there, and vice-versa. A pattern of gentrification in low-income areas has had a knock-on effect on a dwindling availability of affordable housing, pushing already marginalised groups into outlying areas.

These areas have received a lot of media coverage. Public discussion about the housing problem and segregated society is crucial to alleviate problems. However, in Anderson’s view, the coverage does more harm than help; “People recognize Husby, Rinkeby, Skärholmen as being poor and having a high concentration of immigrants, but the effect of the discourse is often to stigmatize these areas. Their negative traits are being exaggerated.” In essence, the general population often perpetuate the stigma and do not see how their own actions are connected with it and how segregation can materialize in Stockholmers’ everyday lives.

Segregation is not just found in housing, but is also apparent in our healthcare system. Stockholm has a different situation to those found in other cities. For instance, although a strong correlation has been shown between life expectancy and neighbourhoods in other big cities such as London and New York, this is not the case in Stockholm.  Anderson explains that the spatial segregation in health care has mostly been prevented by our freedom to choose our health center and the well-connected public transport system, with regular buses and underground taking us almost anywhere. Despite a well set up system, overcrowded and understaffed health centers in low-income areas are still cause inequalities.

An important example of healthcare segregation is the case of two children’s health centers in Stureby and Rågsveda. Although they are only three stops away from each other on the Tunnelbana, the difficulties experienced by the staff could not be more different. In Stureby, where 19% of the population have a foreign background, the daily challenges consist of the “worried well”: over-informed, anxious parents. Family issues are well disguised behind the well-groomed facades. A few minutes down the line in Rågsveda on the other hand, where 67% of the population are not Swedish, the story is quite different. Here, the district nurse has a tough time getting families to visit the health centre. Living conditions affect family health, particularly with those who are living four or five to a one room apartment and will be regularly transitioning between homes, sometimes disappearing for months at a time.

Education is not resistant to segregation either. The free choice of compulsory school was introduced a couple of years ago to improve school results. It meant that parents could freely decide which school their children should attend and only charter schools have the right to refuse students. However, Timothy Anderson explains that the rule has not only failed to achieve its goal, but has deepened the segregation as now wealthy and typically white families tend to send their children to schools with similar demographics. This schooling customer preference issue mirrors those found in the housing market.

Stockholm municipality has acknowledged the ever deepening divides and has formed a long-term plan. It’s called Vision 2040, for more socially, economically, ecologically sustainable and democratic Stockholm. The mottos of “a good school for everybody” and an “accessible city for everybody” is what we need. But are these ideals detached from reality? The current social mobility trends are not encouraging, given the ongoing population growth of the city and the health, education and housing differences that residents experience. Perhaps Stockholm needs to make a bigger cultural shift towards inclusion and embracing diversity, on top of institutionalising Vision 2040. Improvement is not something that happens overnight and it will take a lasting change in attitudes to solve the housing catastrophe and unequal access to public services.

2016-07-14
Medicor Editorial Board
Previous: Mirror-touch synaesthesia: a cursed superpower
Next: In the shadow of war 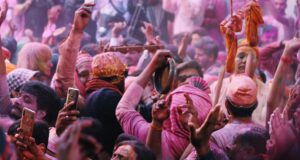 Keep calm and brunch on