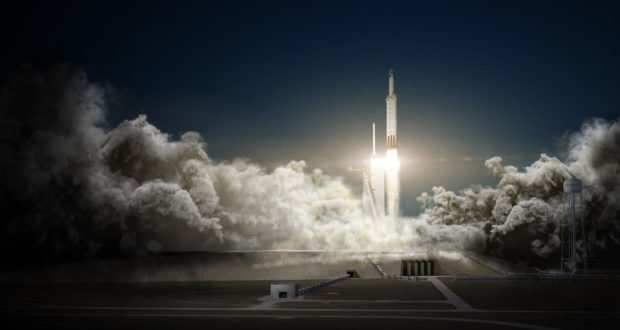 Private Space Exploration – Will SpaceX take us to where no one has gone before?

SpaceX (Space Exploration Technologies Corporation) is a company that develops space rockets to send payloads, containing cargo or passengers, into space. SpaceX’s ultimate vision is to give people the opportunity to live on other planets, with Mars as the first goal. The company is currently working to land a spacecraft on Mars as early as 2018.

The story of Space X began in March of 2002 when founder and CEO Elon Musk decided to pursue his dream of multi-planetary life. The mere 30-year-old entrepreneur wanted to change our relationship with space, so that perhaps, someday, space would be open for private travel.

We have all benefitted from the advances in travelling made throughout history, and in particular the last 200 years. The advancement of rail transport in the early 1800s started the competition to develop the best mechanical way to travel. The growth of commercial air travel following the Second World War is the latest development in this race. Companies like SpaceX are trying to continue this race, expanding the parameters of where commercial travel is now possible. If the companies are successful, we can hopefully all benefit from interplanetary travel in our lifetime. However, this calls for serious advancements in science and technology.

The advancements of SpaceX comes from an epiphany Musk had before SpaceX even existed. Musk realized that the raw materials in a rocket were only worth about 3% of the unit itself, meaning that rockets could be built more cost-effective if more parts were produced by the same company.

SpaceX quickly evolved into a critically acclaimed company. It ranks 22nd on the MIT Technology reviews list of the 50 smartest companies and it has gained appraisal for its profoundly innovative ideas, such as the research about the reusability of space rockets. Within 14 years, the company has grown with over 4000 employees spread out in nine different offices and facilities in the United States. What makes SpaceX unique is that the company has been able to achieve viable results in such a short time. Only a decade after the company had formed, SpaceX successfully sent a spacecraft to the international space station. This resulted in a $1.6 billion contract with NASA to fly several cargo supply missions to the International Space Station.

The collaboration with NASA gives SpaceX the help the company needs in order to pursue the goal of flying to Mars. Founder Elon Musk admits that without partnerships with entities like NASA, the story of SpaceX would look very different. “I feel very strongly that SpaceX would not have been able to get started, nor would we have made the progress that we have, without the help of NASA”, Musk said in an interview with NPR in 2012.

The challenges that still await SpaceX are many. More tests must be done in order to calibrate the spacecraft for optimal efficiency and safety. One of the greatest challenges is to make the spacecraft completely reusable. To achieve this goal, SpaceX still needs to create groundbreaking new parts for the rockets. These are advancements that rivalling companies like Boeing are already working on.

If SpaceX continues to make progress in the science of aerospace engineering, there is a great chance that the company will someday be able to achieve the goal of sending people to other planets.

The success of SpaceX has not been without setbacks. As recently as September 1, 2016, one of the Falcon 9 rockets exploded on the launch pad at the Cape Canaveral Air Force Station before take-off. The investigation pointed towards a breach in the cryogenic helium system, the fuel system that helps the craft reach different orbits. This was a very critical incident for the company as the satellite was supposed to bring Facebook to Africa.

Despite these technical difficulties, SpaceX has been able to achieve a sustainable growth in both the number of employees and funds, which has given the company the ability to continue the journey into space, the final frontier. If SpaceX continues to make progress in the science of aerospace engineering, there is a great chance that the company will someday be able to achieve the goal of sending people to other planets.

Elon Musk Exploration NASA Space SpaceX 2017-12-29
Medicor Editorial Board
Previous: From the Nobel Prize to THE Nobel Prize
Next: From Atop of the Toilet to the Base of the Pyramid

Preparing for the next giant leap for humankind