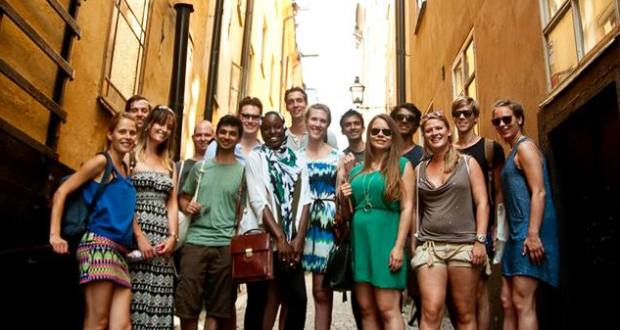 Health innovation on the right track

How a group of young people are addressing challenges in healthcare

This summer, 16 talented young people from Sweden, the Netherlands and the UK gathered in Stockholm for a few intensive days. Their goal: to create innovative solutions to healthcare challenges – in 99 hours.

They had arrived with the Think Train, a “high-speed, problem-solving think tank” aiming to tackle health-related problems in creative ways. “Healthcare is a field where our knowledge improves rapidly but where systems within organizations are sometimes resistant to change,” says Lisa-Marie Larisch, public health student and one of the Think Train’s founders.

Similar to “health hackathons” organized by students at some American universities, the Think Train addresses healthcare challenges by bringing together inventive young minds and putting them to work on defined projects for a very short time. “Healthcare innovation does not have to take forever – here we’re stimulating innovation in a very short time”, explains Larisch. Many problems facing today’s healthcare are complex and their solutions require collaboration between many disciplines. “That’s why our 16 Talents represent such a broad range of skill-sets, from medical students to web designers.”

In Stockholm, Talents joined Karolina Kublickiene, head of the Centre for Gender Medicine at Karolinska Institutet. “Many people mistakenly equate gender medicine with women’s health, when in fact male aspects are just as important. We want to promote a correct view of sex and gender in science and education,” says Kublickiene, who worked closely with the Talents during their 99 hours in Stockholm. “And I was incredibly happy with what they were able to achieve. Wow!”

Among other things, the Talents built a web site (www.genderedreactions.com) where users can easily explore sex differences in drugs’ side effects, using data recently released by the American Food and Drug Administration (FDA). “We’re some of the first people to make use of these data like this; it’s really a very powerful tool”, says Larisch. The response to the website has been very positive -even the FDA itself has promoted it in its tweets.

The Talents also traveled to Amsterdam where, as one of their projects, they developed an app through which autistic children can use “selfies” to recognize and express their emotions; often a common source of misunderstanding in the daily lives of these children.

Working across national and professional borders has been a guiding idea for the Think Train creators since the start. “After this pilot project in Europe, the next step is the world”, smiles Larisch. “We want to work with new organizations, involve more, motivated Talents and make the Think Train method sustainable.” Expect, therefore, to see more health innovations from the Think Train in the future. “The achievements of young, skilled and motivated people is really what drives sustainable change in the world.”

2015-03-07
Medicor Editorial Board
Previous: Health Care and Refugees
Next: Unraveling the 5:2 diet

Ways to Get Involved at KI 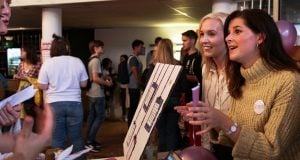