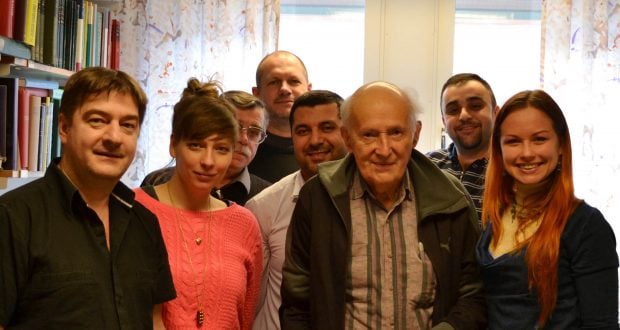 During his life, Georg lived through a world war, escaped a communist regime, built up a world leading research institution where cutting edge research was done for decades and inspired a generation of successful scientists before passing away at 91 years of age.

In 1944, he was still a 19-year-old Jewish-Hungarian teenager in Budapest. The Nazi’s had taken control of the country and began the deportation of the remaining Jewish population of Hungary. By then the news had reached them about the horrors of the concentration camps, but many refused to believe it. Jews had been part of the country for generations and fought and died for their country during WWI. Few would have imagined what the nation allowed to happen.

But the reports, brought to light by two escapees from Auschwitz, were too detailed to be untrue. Going against the mainstream, as he often did, Georg decided he wasn’t going to board the trains headed for the concentration camps. And so, while in one of the rounding-up camps heading for the trains, risking his life, he miraculously escaped through a door that hadn’t been guarded.

He survived the war, but watched old friends turning their backs on him, and a nation failing to protect its people.

After the war, Georg started his medical studies and during a summer night by the lake Balaton, he met Eva, the most beautiful girl he had ever seen (as he would often retell the story). Shortly after they married, she became his lifelong partner not only in life but also in science. 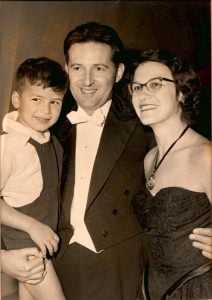 By coincidence and a series of unlikely events, which included paying off a train conductor, running out of money and receiving help from the Polish Jewish community (who they had never met before) , Georg and Eva escaped from by now communist Hungary and moved to Stockholm. Here they finished their studies and started their research careers. Together they would help to start the field of tumor immunology, laying the groundwork for today’s successes in immune therapies against cancer. Their many discoveries included the tumor suppressor genes and figuring out the immune systems protective mechanism against cancer cells.

I stumbled into Georg’s office nearly 60 years after he had moved to Stockholm. As a young medical student, I had met enough professors to know that their arrogance and self-image is typically correlated with their success. By then Georg had amassed many distinctions: hundreds of publications from pioneering research, students who would become deans, and rectors at KI, countless honorary doctorate degrees and author of over 10 books. Meeting Georg you wouldn’t have expected it. His door was open for everyone and he spoke with the same humbleness to all.

During our group meetings and celebrations, Georg would entertain us with stories from his incredible life. They ranged from the times he chaired the Nobel committee, to the times he met the king of Sweden. He would tell us about his core beliefs to do good science: to always share your findings with the field and to create a good and open collaborative environment even with your competitors. He never allowed us to keep any research to ourselves, but always urged everyone to discuss and share their findings.

From all the stories my favorite is about a Midsummer night’s eve he worked all night in the lab. Back in the 60’s, the department was receiving frozen tumor samples from Africa. They arrived in the late afternoon, so the staff stayed for the evening to process the material. As it happened, one of the batches was to arrive on Midsummer eve. Because of the holiday he couldn’t ask anyone to stay late, so he volunteered for the job. Georg spent little if any time in the lab, and so it was no surprise to himself or anyone in his group that all the samples were ruined, despite him working all night. Still, as the night went on, he felt happier and happier. By the time, he was driving home in the morning he was ecstatic. Why? He realized later that his joy came from skipping the celebrations that he otherwise would have had to attend and pretend to enjoy.

The story might sound silly and irrelevant to most. But it reminds me of how he was.

Never too serious about himself, or what he had accomplished, but always humble, down to earth and with a good bit of self-humor.

University education can often feel unmotivating for us students. Studies that once started out of an interest and curiosity for a subject, tend to turn into monotone learning to pass one exam after another. At the finish line, we are happy to forget about the trouble we had getting there, and move on to leave academic life behind us.

When I met Georg, this all changed for me. He never told me, or anyone else in the group what experiments to do, or when and how much to work. He never taught me any lab technique or how to perform data analysis. What we did was to discuss science, and also art, literature and psychology. Instead of telling his students what to do, he instilled in them a curiosity to understand. As it has already been formulated, I will rely on the quote by Antoine de Saint-Exupery, “If you want to build a ship, don’t drum up people to collect wood and don’t assign them tasks and work, but rather teach them to long for the endless immensity of the sea”.

Instead of telling his students what to do, he instilled in them a curiosity to understand

I think more than anything, this is the reason why so many people hold Georg in such high regard, and why I am most thankful to him. It is also why so many of his students have become such exemplary people. They understand that true science comes from the curiosity to learn about the unknown, and instead of teaching only the tools for science, they try to pass on the interest and passion for finding things out as well.

Two weeks before he passed away, Georg was still coming to the lab daily together with Eva. At 91 years, with a bad hip, and weak from a chronic infection he refused to stay home. It was the final proof of his determination to keep learning, driven by his curiosity.

And how could he have stayed away from the lab, the department he once built? Where he had created a research environment that would sprout world leading research for decades, and where scientists would learn to become leaders in their fields. Where he had found a home after a terrible war in an international research environment that wasn’t bound by borders or ideologies and where he helped guided young students, including myself, towards a stimulating field of science and research.

This article was previously published in Medicor 2017 #1

feature Gerog klein humans of ki inspiration karolinska stockholm Sweden 2018-05-28
Medicor Web Editor
Previous: A scientific glimpse into a perpetual battle
Next: What makes a scientist? Antonie van Leeuwenhoes and the lenses that changed our view of the world. 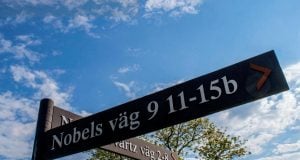 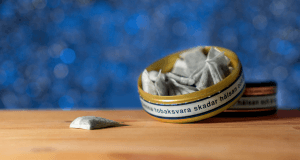 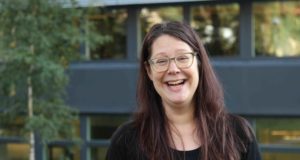