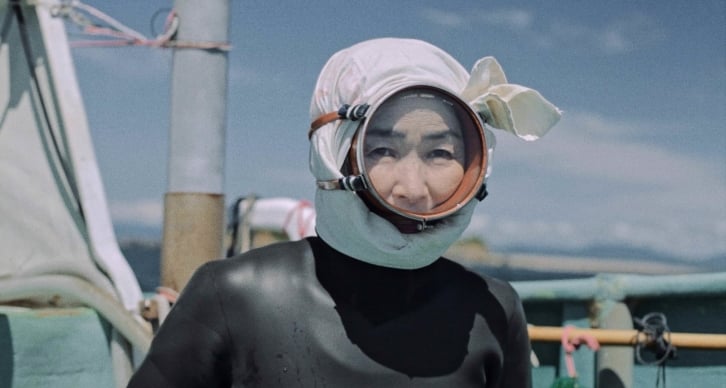 Movies directed by women and/or about women filled Klarabiografen in Stockholms Kulturhuset Stadsteatern for the whole weekend of 15-18 March. The Portuguese film festival Frames has been organised yearly since 2013, with the double aim of becoming a gathering point for the Portuguese community in Sweden as well as to show the Swedish audience new and upcoming artists from Portugal. This year, Frames has decided to touch on a specially relevant topic and celebrate women by showing the lives and work of spectacular women. Interesting documentaries about pioneer women, women communities that thrive for ages and rule in an apparent patriarchal society, or fiction directed by women were some examples of what you could find.

Interestingly, one of the core messages of the documentaries was always the same: “They were able to thrive and succeed despite living in a man’s world”. Bárbara Virgína (“Who is Bárbara Virgínia?”) was the first Portuguese female film director who was working independently of the dictator regime of Salazar and was invited to show her work at the first Cannes film festival in 1946 – each of these things was an achievement by itself, but even more so “because she was a woman”. The documentary shows the pursuit of movie director Luísa Sequeira of Bárbara and her lost story. Like many other women who made feminist history, she was lost and forgotten. Now her story has been brought back to the spotlight again by the passionate work of Luísa.

“They [women] were able to thrive and succeed despite living in a man´s world.”

Other documentaries like “Ama-San” and “That’s Love” show how female communities sometimes grow to rule in their domain in an apparent organic way, with their authority accepted due to their ability. “Ama-San”, another documentary by a talented Portuguese woman, Cláudia Varejão, follows a group of Japanese fisherwomen that fish using a traditional technique by diving without any oxygen masks and little modern equipment. The only male element is the boat captain who seems to follow their lead and trust their knowledge of the sea. “That’s love” follows a group of Portuguese fishermen’s wives, who from the moment the fish arrives take the reins of the sorting, selling and managing the profits. They are strong, independent, and carry themselves in a way that almost says “cross me, I dare you”. In both movies, there is an element of fluidity of authority between the men and the women, without a sharp takeover of power – maybe a “womanly” characteristic as well.

Being a female director in Portugal is, to say the least, not easy. Funding is short for everyone, but even more so if you have a feminine name attached to your proposal. Some films by female directors also show their uniqueness – it was impressive to watch Salomé Lama’s ability to become invisible behind the camera in her documentary called “The Community”, a short documentary about the oldest camping park community in Portugal, and her fearlessness in challenging herself and experimenting with new, odd and outside-the-box things in her other short films. But is this because they are women?

When interviewed during the festival, Luísa Sequeira was asked if she thought Bárbara would have filmed the same way if she was a man or if it was the “womanhood” in her that made her see what she saw and film how she did. Luísa simply answered: “I think it’s because she was a person.” Every person is different. No doubt that being a man or a woman is part of what makes us unique, and that should be embraced as a strength and celebrated. Or, as movie director Nick Willing so elegantly put it: “You should be there because you are one of the best, and not because you are a man or a woman.”

Did you miss the Frames festival in Stockholm? Part of the program is showcased from March 22-25 in Gothenburg. For more information, see the website of the Frames festival or find Frames on Facebook under the page name “Frames – Portuguese Film Festival”.