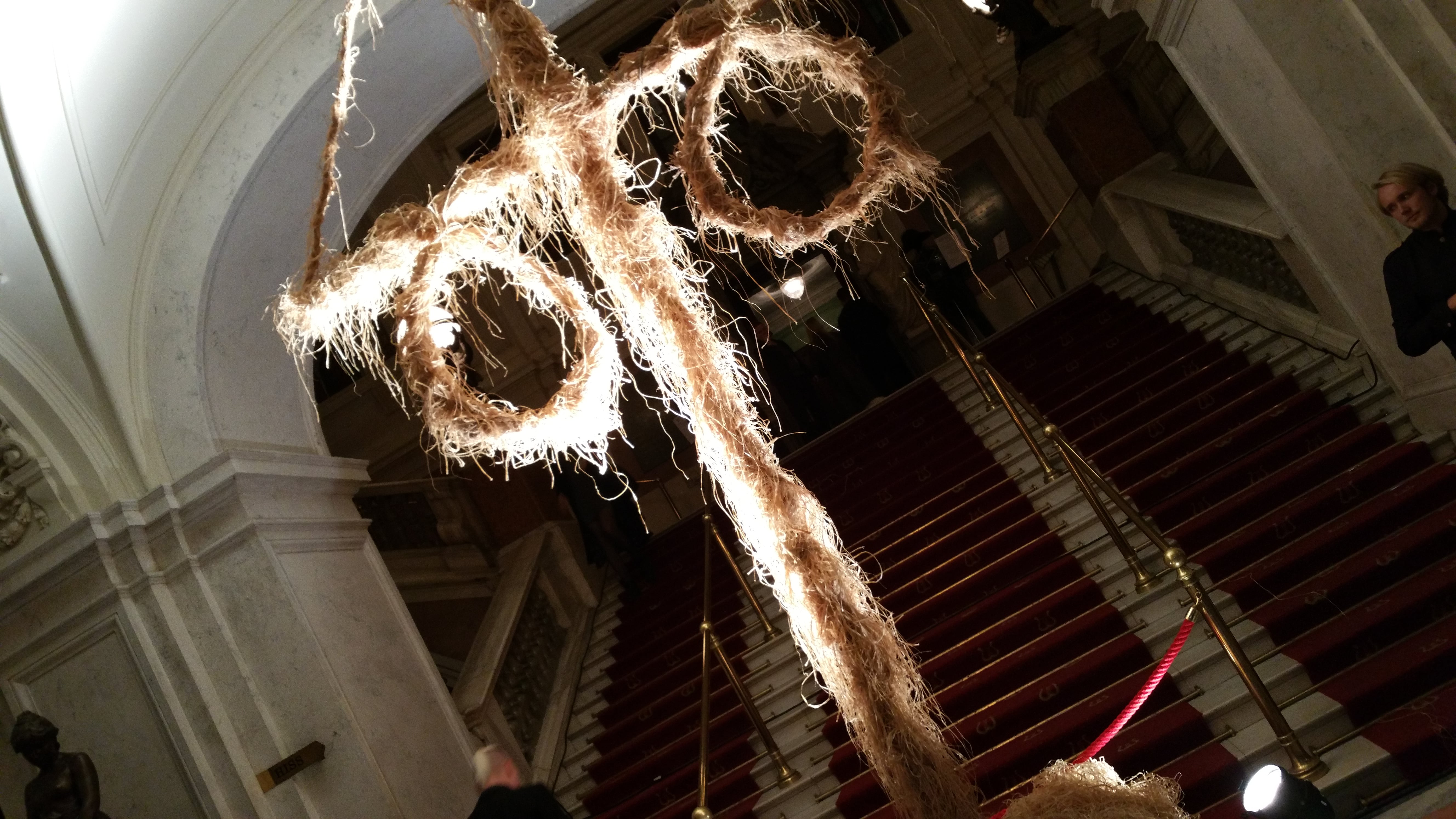 Ballet for beginners: A review of Misommarnattsdröm at Kungliga operan

Despite coming from the land that gave us Billy Elliot, I’ve never really been interested in the ballet. However, living in Stockholm and having the Kungliga Operan showing Midsommarnattsdröm on my doorstep, how could I resist attending my very first ballet performance?[divider]

My friends and I arrived just in time which actually means, we arrived a little late. We were seconds away from being refused entry, which I would have known if I wasn’t so culturally challenged. You can’t interrupt a ballet performance, people, you just can’t. It didn’t help that we were all taking photos in the beautifully decorated lobby. Staircases led up on all sides and in the middle stood a tall midsummer pole, covered entirely in hay. It was spectacularly lit to cast long and quite eerie shadows which, in retrospect, fitted in very well with the performance we were about to see. We hurriedly entered the showroom on the second floor after a slightly panicked detour trying to find the right seats.

Without knowing what to expect, I was pleasantly surprised by the first act. After having lived in Sweden for three years, I could appreciate the parody that the show made to the typical behavior of Swedes (native and adopted) at midsummer. There was drinking, fornication, bicycles, flowers and a whole lot of hay. One of the most memorable scenes was the midsummer feast itself which was performed by the cast in slow motion and reminded me of an epic battle scene from a movie. Let’s face it, we’ve all seen midsummer nights like that.

All of this was performed on a stage that went much further back than I had seen before which made the show all the more impressive, especially as we had a slight aerial view.

The curtain dropped and I felt like I had been thoroughly entertained. Forty-five minutes passed in the blink of an eye and I had laughed, listened to great music and witnessed stunning choreography. Having said that, I was quite happy to escape for a while as it felt like the temperature of the room had been steadily rising since we sat down and I was ready for some air, and possibly a beer.

The bells rang to call us in for act two and I composed myself to cope with the heat once again. As I settled into my seat, I was expecting more of the same.  Act two however, was entirely different. If the first act was the dream, then the second was the nightmare. It was dark. It was abstract and in parts, downright weird. I felt like I was in a Salvador Dali painting. As a complete ballet noob, this is all the commentary I can offer. I enjoyed it, don’t get me wrong, but I spent quite a lot of time looking for meaning where there might actually have been none. My dancer friend Dr. Erika Olsson explained it to me,

“Contemporary dance can look at phenomena, behavior or society in order to highlight absurdity rather than creating a storyline. Many choreographers aim to create a sense of reflection on a situation or an emotion around a given theme. When watching a contemporary dance piece, you don’t have to look for a story but instead focus on the movement of the dancers and the mood on stage, then focus how it makes you feel, or if it makes you think of something about society. Every audience member can take something different away from the performance depending on their own thoughts and experiences.”

So that was my mistake, I should have focused on the elements of the dance itself which were undoubtedly very impressive. This is good to know as I will surely be attending the ballet at Kungliga Operan again. While Midsommarnattsdröm has finished, the Autumn and Winter schedule are crammed with an exciting mixture of opera and ballet. If you are ballet noob like me, I recommend that you put on your finest clothes and make an evening of the ballet.

This article was previously published in Medicor 2017 #3