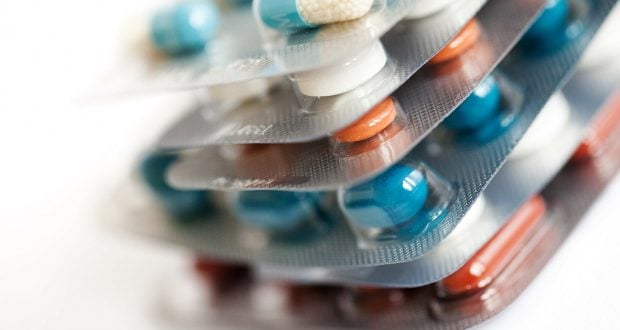 We cannot be heading back to a time where you could die from a cut, it feels absurd. But the truth is that it is fully possible. In fact, it is currently happening.

Since the deadline for the Millennium Development Goals back in 2015, the United Nations (UN) has presented a new set of global goals which, much like their predecessors, ultimately seek to eradicate hunger, disease and poverty in the world. The U.N. hopes to achieve these goals – collectively known as the Sustainable Development Goals (SDGs) – through the joint effort and commitment from all the world’s nations. Needless to say, the extensive project is every public health worker’s dream, and, unsurprisingly, served as the focus for Global Health Night this year. As wonderful as it is to see nations from all corners of the world working together for a brighter, more sustainable future, one thing stands out: why did they omit antimicrobial resistance (AMR) from these goals?

“The threat of antibiotic resistance is increasing day by day. If left unchecked, it has the capacity to turn the clock back on medicine by a hundred years”. With these words, the European Commissioner for Health and Food Safety, Vytenis Andriukaitis, expressed deep concerns over the development of antibiotic resistance – and rightly so. AMR is on the rise and threatens all the world’s nations. If our antimicrobial drugs fail to target pathogenic microorganisms, the significant medical progress made this past century will no longer be at our disposal. Not only could common, currently treatable infections once again be fatal for us, but we could easily contract lethal infections during simple surgeries. It will have a particularly devastating effect on immunocompromised individuals, including cancer patients undergoing treatments such as chemotherapy, radiation, transplantation or surgery.

The threat of antibiotic resistance is increasing day by day. If left unchecked, it has the capacity to turn the clock back on medicine by a hundred years.

The sheer thought of the detrimental impact it would have on the world is nearly inconceivable to the point where we refuse to even see it is a plausible outcome. We cannot be heading back to a time where you could die from a cut, it feels absurd. But the truth is that it is fully possible. In fact, it is currently happening.

With more and more multidrug and extensively drug-resistant microbes emerging and the recent discovery of bacteria resistant to last-line antibiotics (the “last resort” antibiotics, used when all others have failed), the AMR crisis is reaching its peak. In parts of Indochina, parasites have developed multidrug resistance to the last-line antimalarial treatment, Artemisinin-combined therapy.

Although AMR was always an inevitable consequence of antimicrobial drugs, the misuse and overuse of the drugs are responsible for the rapidly rising number of resistant microorganisms worldwide. In some countries around the globe, antibiotics can even be obtained over the counter and, as a result, these countries express high rates of antibiotic resistance.

To combat this issue, public health agencies have been working hard to inform the public about the dangers of abusing antibiotics. Still, many individuals are not aware of the crisis. This is heavily due to the furtive nature of AMR, which, unlike outbreaks, does not draw the immediate attention of politicians and the media. 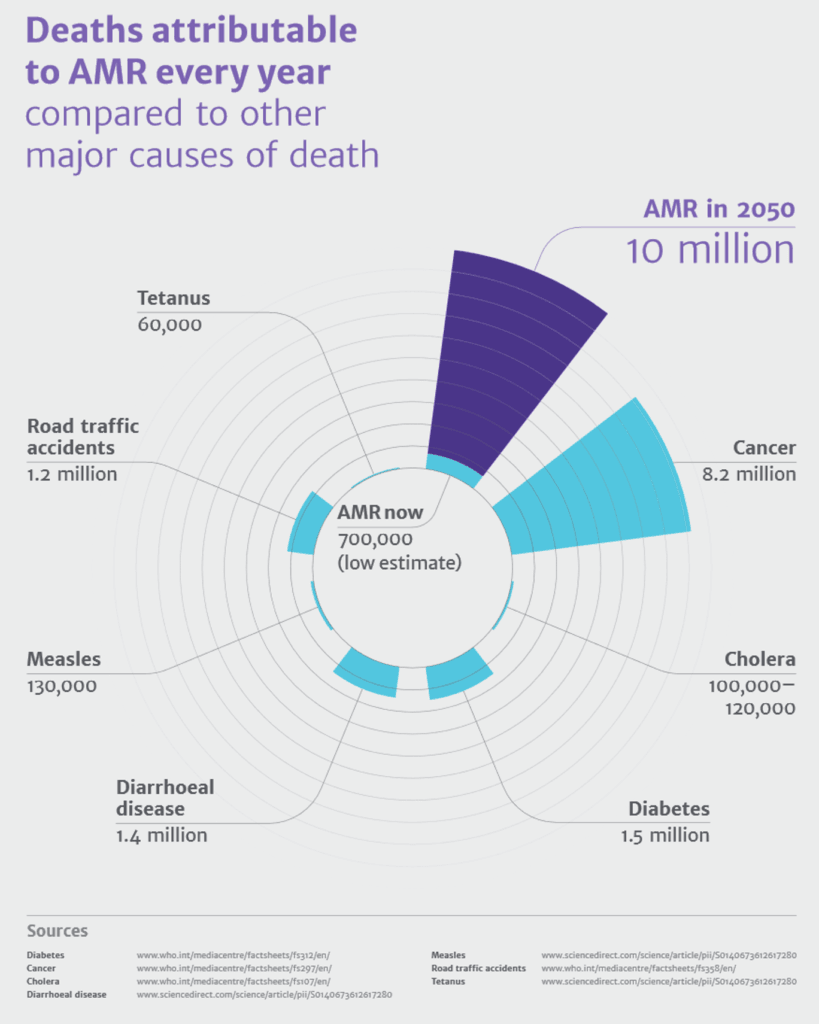 The Review of Antimicrobial Resistance, Chaired by Jim O’Neil, UK, 2014

The World Health Organisation (WHO) recognises that AMR is a global threat that endangers the achievement of the SDGs. In a report from a meeting at the WHO headquarters in Geneva on 23-24 November 2015, the Strategic and Technical Advisory Group on antimicrobial resistance (STAG-AMR) “reflected the importance of connecting antimicrobial resistance to the Sustainable Development Goals (SDGs) so that AMR can support the SDGs and vice versa”.

However, AMR not only interferes with the WHO’s role in the SDGs by jeopardising the good health and well-being (the third goal); it also affects economic growth (the eighth goal). A research project conducted by the RAND Corporation estimated a total loss of 100.2 trillion USD by 2050 due to AMR.

With this in mind, AMR could not possibly have been deemed not important or relevant enough to be a target for the SDGs. I can only think of two reasons for their neglect: either we have reached a point where the damage caused by AMR is irreversible (and therefore no sustainable goal can be set by 2030), or the nations could not agree on the regulation of antimicrobial drugs consumption (and therefore did not get to be part of the SDGs).

The first, grim explanation entails that AMR borders on a lost cause. After all, it seems like the situation is spiralling out of control, even after all the measures taken by public health agencies to improve the situation. But even if we cannot reverse AMR levels to how they once were, we do still have the opportunity to put the brakes on it.

Taking this into account, it is not surprising that AMR has reached such distressing proportions. The measures that nations are willing to take to combat AMR vastly differ, making it difficult for a global health agency such as the WHO to set common rules and goals for everyone. This discrepancy might be the root of why AMR was left out of the SDGs. While this does not imply that the WHO is not taking action against AMR, the organisation does not have the authority to regulate the use of antimicrobial drugs; it is limited to offering guidelines for the nations.

At the end of the day, it is up to all national governments to cooperate with public health agencies and realise that it is worth investing in the fight against AMR. We may be left wondering: for the sake of everyone’s health and to ensure a sustainable future, should global health agencies be given the power to force certain regulations upon countries?

Global surgery: moving from the neglected stepchild to central aspect of global health